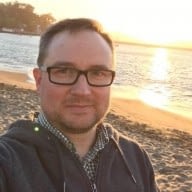 This year, our theme was diversity; that’s diversity not only in terms of background but also knowledge and learning styles. Throughout both days, the theme bubbled-up in each track.

We then split out into two tracks. Track two took on more advanced topics, with discussions moderated by Adriana Cerundulo and Jen Sable Lopez.

In track one, we had talks covering dev rel fundamentals. MongoDB’s Naomi Pentrel started by describing her framework for building a dev rel strategy.

Next, Crunchydata’s Steve Pousty looked at how Kathy Sierra’s Kick-Ass Curve helps developer relations and developer experience professionals to understand the way in which developers learn and become productive.

Before the first break, Luke Kilpatrick spoke about building a dev rel programme from scratch at Nutanix and Okta’s Claire Hunsaker taught the attendees how to create personas in order to better understand and plan for their developer communities.

After the break, Twitch’s Katie Penn shared frank lessons from her career in how to build authentic developer communities, followed by Kaltura’s Avital Tzubeli who described the inter-personal lessons that arose from building a new developer portal.

Then, just before lunch, we had a brace of speakers from AWS. Gerard Sans spoke about his method for running the London GraphQL meet-up. Then, Brandon West made a practical case for running distributed dev rel teams.

After a morning of hearing things from the perspective of the dev rel practitioner, we started the afternoon with React super-fan Ben Dunphy evangelising for why he’d bet his career on that particular technology, thereby giving us the perspective of the person on the other side of a great developer experience and community.

The entire conference was one highlight after another, with some of the best talks yet at any DevRelCon. However, my personal favourite session was the fireside chat with Google’s Kelsey Hightower. Kelsey covered many topics and left much of the audience in tears when he described his own motivation for teaching others; make sure to watch the video when it is available.

The rest of the afternoon was again split into tracks, this time looking at enterprise dev rel, working with different personas, how best to serve the user, and the skill of leading healthy communities.

We closed the day with an inspirational keynote from OutSystems’ Jen Sable Lopez and a fun networking session.

The second day took DevRelCon San Francisco into brand new territory, as it was the first time we’d had two full days in the city. Opening the day was Digital Ocean’s Daniel Zaltsman, telling the story of Hacktoberfest. Following Daniel, I gave a plea for sustainability in developer relations, and closing the morning’s keynotes was Lusen Mandel with a fascinating insight into hiring and interviewing with diversity in mind.

Throughout the rest of the morning, separate tracks looked at the themes of developer marketing, growth hacking, and communities in enterprise organisations, with an unconference running in parallel.

After lunch, my co-organiser Tamao Nakahara joined JFrog’s Baruch Sadogursky for a fun and instructional series of roleplays to demonstrate some of the ways in which too much passion can be counterproductive.

Closing out our post-lunch keynotes was Dana Oshiro, General Partner at Heavybit, giving valuable insights into the VC investment cycle, the consequent pressures on founders, and how that relates to the work of start-up developer relations teams.

The rest of the afternoon was given over to more unconference, as well as talk tracks looking at dev rel innovation, knowledge diversity, and how to move into developer relations.

Back all together, we heard from Conrad Holloman, sharing his experience as one of the founders of the veterans’ coding programme Operation Code.

Finally, Microsoft’s Jeff Sandquist sent the DevRelCon audience on their way with the inspirational tale of how he and his team have helped to change developer perceptions of Microsoft.

After we’d given out some prizes, it was time for the after-party hosted by Netlify.

This year the conference sold-out, with just over 300 people registering from all over the world. It was particularly exciting to see attendees from as far as Japan and India, with our first DevRelCon attendee joining us from Rwanda.

Selling out was somewhat bittersweet. It was great to have a full room but also sad to know that the 50 people on the waitlist missed out. For next year, we have the choice between staying at Dogpatch Studios with its 300 person capacity but a known budget or moving to a larger, more expensive venue where more of the dev rel community could participate.

As always, we could not have run DevRelCon San Francisco 2019 without our amazing sponsors.

Our friends at GitHub took the lead, as presenting partner, and new sponsors MongoDB took the Platinum slot.

Our Gold sponsors were almost a who’s who of leading tech, with Vanilla Forums, Nexmo, Google, Worldpay, Glitch, IBM, Typeform, Facebook Open Source, Bose AR, and Devada joining us at that level.

Netlify took care of the after-party, Contentful and the Developer Marketing Guide came in at Silver, Weaveworks joined us as Bronze sponsors, and our media partners were O’Reilly.

DevRelCon San Francisco 2019 brought together the best of developer relations, developer marketing, community, and developer experience. Practitioners from across the world shared, learned, and made new friends.

Thank you to Tamao, our talk committees, the Hoopy team, our wonderful volunteers and staff, our generous sponsors, the insightful speakers, and to everyone who attended.

Next up in the DevRelCon calendar is DevRelCon London 2019. We’re going to be back at the QEII Centre for two days of talks, unconference, networking, the DevRel Awards, and more. The CfP for London is open and super-early bird tickets are on sale.

If you can’t make it to London, look out for news of our 2020 Tokyo and San Francisco events.