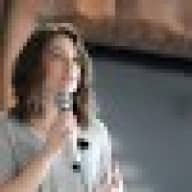 Carla heads up Hoopy's research into developer relations best practice and is based in Berlin.

In the six years since the first developer relations survey, dev rel has grown beyond the handful of companies who then practised it as part of their core strategy.

In 2019, brands that previously would have seen developers only as a cost centre now pursue developer-centric strategies. And the role of developer advocate has spread across the globe.

In the State of Developer Relations 2019 report, we’ve brought the results of the sixth annual developer relations survey together with original research and insight.

Let’s look at some of the highlights.

Where are dev rel people?

Where dev rel people are

We expect that over the next year Africa and Asia will account for strong growth in developer relations teams.

What department is dev rel in?

The department within which dev rel sits can shape the expectations, metrics, and make-up of the programme. This year, we’ve found that 35% of teams report into marketing and 16% act as standalone dev rel departments.

As you might expect, larger developer communities seem to be the ones served by standalone dev rel departments.

Teams of between two and five members seem to be the norm, accounting for 40%. More than three quarters of dev rel people work in teams of ten members or fewer.

The full report contains 24 pages of insight into how companies, large and small, are practising developer relations in 2019. If you want to understand the priorities, methods, and concerns of dev rel practitioners, then download the report today.

Our thanks go to Caroline and the team at WIP for running the annual developer relations survey for the first five years and for giving us the honour of carrying the baton from now on. Thanks also go to Typeform for providing their software for the survey and to Nexmo, who are hiring for multiple dev rel roles, for sponsoring the production of the report.

We’re looking forward to working with you, the dev rel community, on next year’s report!