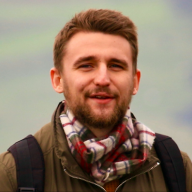 Tell me about your role at Xero

What brought you to this point in your career?

Sid: I’m a self taught developer who has spent over a decade building web applications. After the dotcom bust, I took a full time position at Santa Clara University as the lone developer maintaining a custom content management system I’d built as a consultant. I enjoyed the people in academia, but craved connection with other developers. I started attending developer conferences which led to speaking and eventually starting the Bay Area Mobile meetup. My meetup got me noticed by a recruiter looking for a developer evangelist at PayPal. I’d never considered a career in developer relations, but it actually fit my desire to connect, learn and share with others.

In 2012 at SenchaCon in Austin, I heard Xero CTO Craig Walker speak and asked the person sitting next to me “who is Xero?”. They told me two things: Xero is based in New Zealand and their customers are fanatical about their product. I filed those tidbits away and nine months later when a recruiter from Xero called, I took the meeting.

How does dev rel work at Xero?

Sid: Xero’s developer evangelist team are part of the business platform team that encompasses our API and platform engineering teams, marketplace, banking and payments, app partnerships and regional go to market teams. Xero’s developer evangelist team have three main areas of work. First is the onboarding and certification of new app partners who are integrating to our APIs and joining Xero’s app marketplace. We educate developers on best practices and ensure the integration is of high quality and delivers a good customer experience. Second, we support engagements with financial institutions like banks and payment services building to our APIs. This work involves more complexity and longer time lines due to the size and strategic nature of the work. Lastly, our outbound evangelism and contribution to the developer experience. We speak at our Xero developer roadshow events, 3rd party conferences, host webinars, write how to guides, build sample apps and blog.

We measure our success based on number of apps launched in our marketplace, attendees at events and deliverables like client SDKs and developer content. We hold out metrics as a way to maintain focus and often pick ambitious goals to strive towards.

Sid: I believe developer relations is about being #human. This is one of Xero’s core values and is probably why I’ve been with this company for over five years. You can put out great documentation, but how you listen and respond to developers is where the real work is done. At Xero, a big part of our response is to advocate on behalf of developers for improvements. We meet weekly with the API engineering team who really want to hear from our developer community. This regular communication allows us to influence how work is prioritized to benefit developers. In cases where a request won’t be prioritized, we can communicate that to the developer as well. I think developers appreciate this transparency and human response.

What do you see as the big challenges for dev rel right now?

Sid: I think dev rel is a very broad category of work with a lot of titles that are interchangeable. Are you a dev evangelist, dev advocate, dev relations, partner engineer, api evangelist, etc? People with the same title can do very different work depending on the company’s goals and strategy at that time. Over time, the work can evolve as the company grows and changes. This murkiness can make recruiting for dev rel positions harder. The job title is what attracts candidates; then you need to work hard to clarify what they’ll do in the role to make sure there is a match.

What are you hopeful about?

Sid: There is a lot of great work in the dev rel community to educate ourselves and others about the work we do. It feels less fringe than it did eight years ago when I started. I do still get odd looks from those not in the technology space when I say I’m Head of Developer Evangelism. They expect me to pull out a bible or something. I’ll know we’ve arrived as a profession when average people on the street understand what dev rel is about.