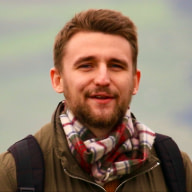 Tell me about your role at Box

Cristiano: I joined Box last year after a few years as a contractor, joining a team of one and effectively doubling the size of the team in a day. I had already worked with Box as a developer experience contractor for a while, and inevitably I wanted to get my hands dirty and so I joined to help progress the developer relations efforts.

As with many developer relations teams of this size, we end up focussing on a variety of activities split between outreach, support, and content. My personal focus since joining has been to help develop a baseline of metrics for us to act on, working closely with our business analytics teams to create insights that we have been able to provide to the product team. With this in place, I am now looking at next steps for our developer documentation.

What brought you to this point in your career?

Cristiano: I never planned to get into developer relations. In 2007, I moved to London to finish my Masters degree in Computer Science, and let’s just say that I got distracted. I didn’t finish the degree but I did get involved in the BarCamp and hackathon scene in London. By 2013, a few friends and I were looking to run the then largest hackathon in the UK, Hacked, and at the same time, my latest start-up attempt had kind of fizzled out. In other words, I was looking for a job.

I had worked with PayPal as a contractor before then, as well as won a bunch of their hackathons, so I reached out to my contacts there to see if they had any ongoing projects that needed help. They were ramping up their developer relations program and were looking to run their own hackathon series, which eventually became BattleHack. They asked me to join the team to help run these events, and I couldn’t say no to that opportunity.

Three years and 41 BattleHack hackathons later, the direction at PayPal changed and our team was broken up. I ended up going back to contracting as it was one of the things I had done before, and I soon found myself consulting with companies of various sizes on developer relations and developer experience. I really enjoyed this time, the clients I worked with, as well as the people I worked with, but after a while I really wanted to get my hands dirty again. When an opportunity came up at one of my clients, Box, I couldn’t resist.

How does dev rel work at Box?

Cristiano: Developer Relations at Box posses an interesting set of challenges, some of which are unique to the company. Many of our developers work at companies that are already customers of the Box core product before they get to use our APIs. Additionally, we have plenty of customers who do not use our APIs yet.

As we are only a team of two, our focus has therefore been to best support these existing customers and their developers, and to help increase the adoption of our platform by those developers. This means we have had to be strategic about what we do, refusing to get distracted by organic outreach activities. This means we’re not attending all the major Javascript conferences to talk about Box UI Elements, but instead we are focussing on a few key areas to drive exposure to our existing customers through workshops and webinars.

Additionally, as we’re positioned within the product organization in Box, we’ve been focussing on helping to understand our existing developers, common pain points, and the overall developer experience. The results of these activities have fed into product, marketing, and support activities.

Cristiano: This is a hard question, mainly because so many things come to mind. And I guess that’s the thing that is my key philosophy: focus. One of the big dangers to any developer relations program is that it is so easy to try and do it all. The problem though with trying to do it all is that you end up being busy and doing nothing well.

Personally, I heavily rely on models like AAARRRP and SCOOP to ensure we stay focussed on delivering the things that matter to us at the current maturity of our product, community, program, and team. Yes, we could do all the things, but doing so would mean we would end up doing nothing well. By limiting the scope of what we do, and by being deliberate in what we do, we hope to help our community in the best way we can.

What do you see as the big challenges for dev rel right now?

What are you hopeful about?

With that in mind though, I’d like to call out to everyone to write more about what you do, how you do it, and what drives you! Only if we all chip in to share and discuss what works and what doesn’t can we help the entire industry move forward.