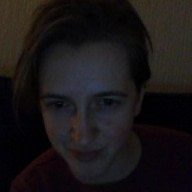 Sue works in developer education / advocacy and is based in Glasgow, UK.

Lizzie Siegle went from intern to Developer Evangelist at Twilio early in her tech career. In this session from DevRelCon San Francisco 2019, Lizzie outlines when, why, and whether you should hire recent graduates or interns for your dev rel team.

Hi, everyone. Thank you for coming to Git Fetch Coffee, interns and junior dev rel roles, and we’ll be using early in career interchangeably. Okay. As Tamao said, I’m a developer evangelist at a small company called Twilio that has not been mentioned at all this week but we provide APIs that power the world’s largest companies.

And I was an intern on the team two summers ago, and before that, I was at PubNub. And of course, I’m an iOS and web developer. I feel the need to say this often when I introduce myself because some people are surprised sometimes when they hear that I’m an evangelist. There’s not many I guess early in career people at the moment but that number is growing as the demand for dev rel grows.

And why would you hire someone early in the career? Do you want someone to fetch you coffee or make you sandwiches? And this is a real tweet that my first manager at PubNub Tomomi said.

And no, you do not want someone to make you sandwiches. You want someone to be excited and dance at their desk and be passionate and have different ideas and perspectives from their different communities like their boot camp alumni system, women in tech clubs, the college hackathon scene, and of course they will also ask the hard questions.

When my Twilio team met for the summit when I was an intern, I won the boot which is the boot prize for asking the hard questions. I also bugged my intern mentor, Ian Jennings, who is somewhere here I think, with the question of the day. So hire new grads and people early in their careers. They will keep you on your toes.

And of course, we’re also pretty impressionable. Someday maybe you will have someone who looks at you the way I look at Bear Douglas of Slack. Hashtag no pressure. Okay.

Is your team ready?

If someone’s traveling, will there be someone who is able to sit next to them the whole summer? Do you have the money to support them? Is it worth it to invest in someone and train them if they’re only going to be around for a few months?

Do not be afraid to work across teams

And I would recommend that you assign them a mentor. Maybe someone not on their team but someone who used to be on the team or is on an engineering team. Do not be afraid to work across teams.

If the team travels, will you fly out the intern? I had a friend who interned at a different company who was left behind when her team met up at a summit. She did not feel very included.

And of course, will you draw the owl? What does it mean? Step one, to draw an owl? You draw two circles. Step two, you draw the rest of the bloody owl. Write it all down. That will help you in the future. Okay.

Meet them where they are

Where do you find people early in their careers? And no. I’m not just saying to walk out of here and walk around the Bay Area and see all of the summer interns here. No. I want you to meet them where they are.

They can volunteer at conferences as I did before at DevRelCon or you can meet them at college hackathons. That’s where I met my first developer evangelist in August 2015. And yes, he did help me implement the Braintree API in Swift but I don’t remember that honestly.

I remember him speaking with me for two hours about computer science and hackathons and tech and developer evangelism and life. I still talk about him. Thank you, Dustin Woo.

You can also find them in champions programs. And this will be the only plug I give you this whole talk but you can find the Twilio champions program at twilio.com/champions. It’s filled with amazing developers who do not work for us but they still go out and talk about us.

Their passion is contagious

They’re still excited about our products and they want to talk about them and teach others about Twilio. Honestly, I don’t understand it but their passion is contagious. Yes. Okay.

Now to semi quote JFK, “Ask not what your early in career person will do for you but what will you do for them.” Well, will they have the freedom to make content? If Pokémon Go gets big again this summer can they make an android Pokémon Go map app? Will they contribute to SDKs or open source?

And maybe they want to give a talk. And if they do, you should, pro tip, use your vast dev rel network to hook them up with their first speaking gig. Of course, you will have to help them with slide design, crafting a talk.

Will they like code? Will they give a demo? And of course, when it happens, there will be you in the front row videotaping as my teammate Sam Agnew did like a proud parent.

Honestly, like, you can leave such a positive impression on someone early in the career just by showing up. Literally, showing up. Okay.

Where can you go wrong with someone early in their career? I know too much freedom in dev rel can be fun but if you’re early in your career, you’re probably a bit more insecure. You have less experience. You’re like, “I have this idea for a project but is it good?”

So solution, in the beginning of their summer or when they start, get together and brainstorm project ideas. If they’re going to be making apps for the blog. Collaborate and work across teams.

Do not compartmentalize and maybe someone finds out that they don’t want to do one-off apps. Maybe they just want to write some code. So let them work with a product team or an engineering team and make some pull requests, ship some code. We all know dev rel isn’t for all of us.

And I know no one likes meetings but honestly it’s kind of nice to get that face time and that one on one and being able to get to know people especially if the team is distributed. Yeah. Too few meetings. Okay.

And it’s not easy constantly being on, on Twitter, online, on Stack Overflow, on GitHub, answering questions via Facebook Messenger and email, and quite honestly every platform. Although it’s fun to give back but it’s a lot being on online.

And also at events. Events are fun but they do get tiring. It’s not easy always being a good representative of your company. And I wish someone had told me that when traveling your backpack might become your best friend as shown by that meme.

Okay. In summary. Why hire someone early in their career? To quote Hamilton, “They will be young, scrappy, and hungry.” Hopefully, that passion will rub off on you. You’ll learn from their different experiences and perspectives.

And why might not you have someone early in the career? Maybe you don’t have the time, the resources, the travel schedule. Maybe it doesn’t work out if someone can’t be in the office all the time.

And where to look? The Bay Area this summer. Use tonight. But also hackathons, champions programs, and a few conferences and meetups.

And what should you do? You should have fun. Honestly, I’ve had a lot of fun with other dev rel interns now that I’m full time. And it’s really fun to teach them, to leave an impression on them, to go to events with them. And don’t forget to include engineers too. Engineers sometimes like events too. And together you can be the Mighty Morphing Power Rangers.

It’s not easy being early in their career or being in developer relations but if you do it right and you have the right resources, the right team, the right people, it will be worth it. To quote a Roger Federer ad I read many years ago, “A life inspired inspires others.”

I’m Lizzie. You can find me online here. Thank you.