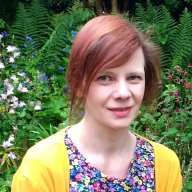 Editor and journalist working with the team at Hoopy.

From empowering mums to take up tech to saving Bletchley Park, there is little that Dr Sue Black OBE can’t do.

A passionate evangelist since the late 80s, Sue champions technology as a force for social good, drawing on experiences from both her professional and her personal life.

Recently named in the list of the top 50 women in tech in Europe and nominated as the 119th most influential woman in the world, she spoke to us about the impact technology has had on her and why she is determined to enable others to reap the benefits.

“Various things have happened during my whole life and career that have led me more and more to believe that we can really change people’s lives, even with very basic understanding of technology,” she says.

“People that are scared or don’t understand the basics are at a massive disadvantage. And as time goes on, they’re at more and more of a disadvantage, and I really want to try and do something about that.”

For Sue, who loved maths at school and studied computer science at university, technology offered huge potential. It was a path to providing opportunities for her young family.

“From me being a 25-year-old single parent with three kids, living in a refuge then bringing my kids up on a council estate, through getting an education in technology, working in technology, understanding technology better, it just massively changed all of our life chances,” she says.

“I’ve lived that. I see that it could help so many people and I just can’t stop myself from trying to get as many people excited about technology as possible.”

This desire to enable others has driven Sue into setting up #techmums, a social enterprise which empowers mothers and their families through technology.

The initiative is a way to both remove the fear of technology that many still experience and lessen the digital divide which sees those who are not confident with technology, or have never had the opportunity to learn, falling further and further behind.

“With #techmums we can take mums who’ve got no experience in computing and technology at all, from being scared of technology to confident technology users and hopefully creators,” she says.

“It’s like trying to flick a switch in their minds from being negative about tech to being positive. And we’ve had great results where it’s gone on to help mums get back into education and then back into work. Or helped them improve what they’re doing with their business.

“The main aim really is to just help mums to realise that they can do anything if they want to, once they’re confident with technology.”

Sue reminds her #techmums that although it may seem like it, no one knows everything. Even if you feel out of the technology loop after finishing school, you can still get back into it.

But for anyone who has worked for years in dev rel, it can be difficult to remember that not everyone is inside that loop. What could we do to become more aware and more inclusive?

Sue believes it’s about going out and interacting with people: “Seeing mums change from not really understanding technology, feeling very under-confident and scared to, in just a few sessions, getting very, very excited about technology.”

She feels there can be a sense of disconnect between the developers or the engineers who are busy working on products, but don’t get to see the impact their work has on the people who use it.

She would like to see more developers experience again that first rush of excitement they had when they first started; to re-engage with what they love.

And a way to rediscover that initial thrill, Sue suggests, could be through volunteering with kids coding clubs or initiatives like #techmums and seeing their excitement first hand.

“I think that then gets you excited about what you can contribute because then you can help these mums to understand even more,” she says.

“I think you can sometimes lose that excitement over the years, so to see it in other people really gets me very excited about changing people’s lives.”

When she’s not busy helping to increase opportunities for families through technology, Sue has used it to save one of the UK’s most historically significant sites.

Bletchley Park, where Alan Turing and a team of codebreakers changed the course of World War II and thousands of women inspired future generations with their work in the fields of computing and technology, needed funding to secure its future.

So Sue kick-started the Saving Bletchley Park campaign which, through the judicious use of social media, succeeded in gaining enough money to restore the site for future generations.

As part of the campaign, Sue persuaded Google to donate $100,000 towards buying Alan Turing’s papers at auction. And after the sale she was invited to Google’s HQ in London to discuss the success.

Once there, she was unexpectedly taken into a room of 200 software developers, handed a microphone and asked to talk to them. And this kind of situation, she says, is an opportunity for developer relations to shine.

“I’d just been at this exciting auction which totally relates to stuff that software developers care about, software engineers care about, and here I was telling them about the sort of really buzzy thing that had just happened,” she says.

“Having people come in who can talk about stuff which is 100 percent relevant to what your engineers care about is exciting.

“Think about things that will just get people excited, that are relevant to what they care about rather than the very straightforward things that are right in front of you.”